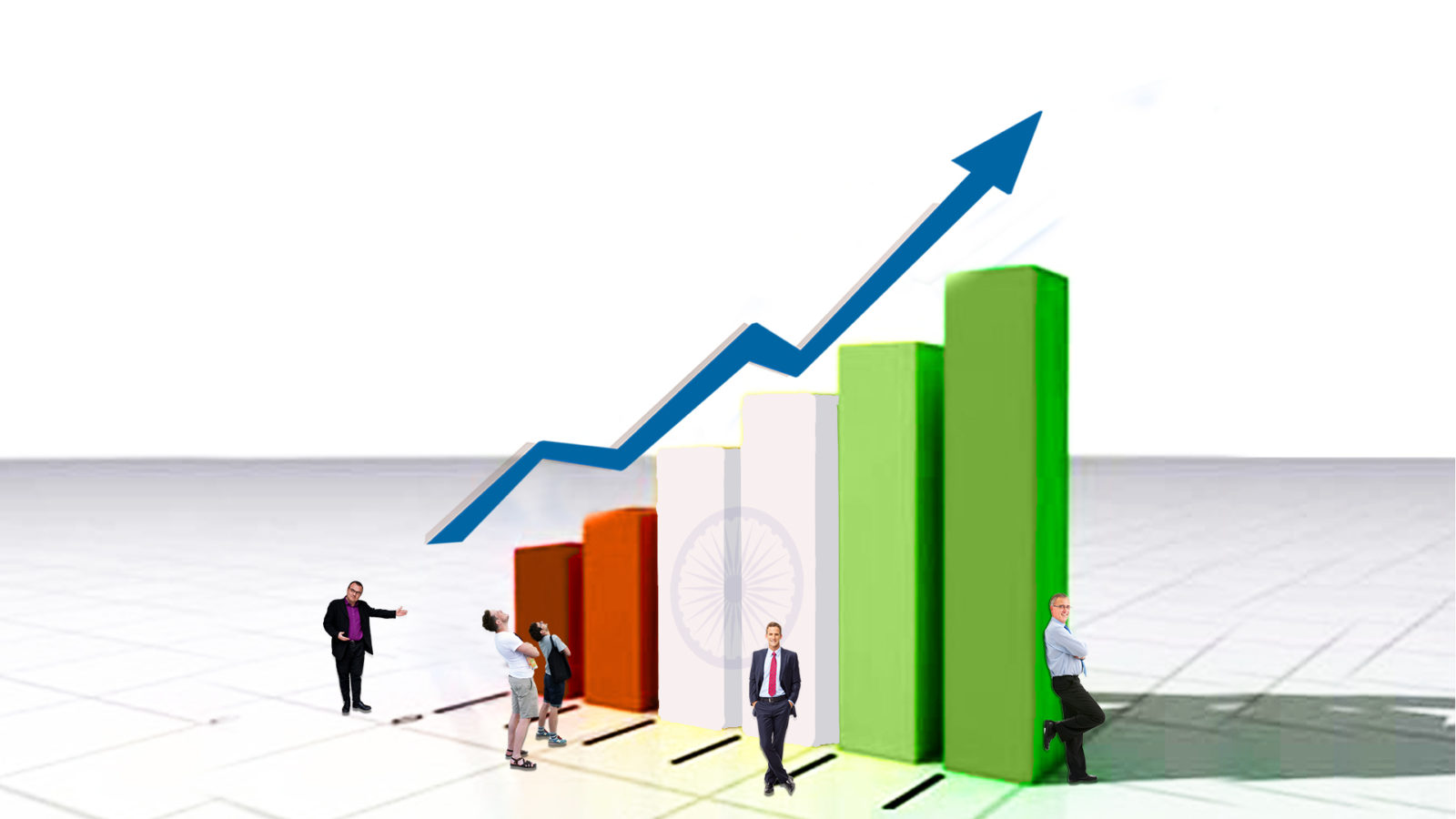 Good news is underway for Indian Economy as India has emerged as the fastest growing major economy in the world as per the Central Statistics Organisation (CSO) and International Monetary Fund (IMF) and further, as the short term disruptions caused by major reforms such as the Goods and Services Tax (GST) and demonetization recede, the economy is on the rebound and is likely to achieve higher growth targets.

India’s GDP is estimated to have increased 6.6 per cent in 2017-18 and is expected to grow 7.3 per cent in 2018-19. India’s gross domestic product (GDP) at constant prices grew by 7.2 per cent in September-December 2017 quarter as per the Central Statistics Organisation (CSO).

According to the CSO, sectors that are expected to grow at a higher pace in FY 2018 relative to the advance estimates include mining, quarrying, manufacturing, construction, trade hotels, financial, real estate and professional services.

The agricultural sector registered moderate growth as erratic monsoon in several parts and flooding in some states impacted performance. The economy saw high inflation during October 2017 owing to elevated food prices. Going forward, this is likely to be contained on account of a good harvest and favourable monsoons.

Industrial growth accelerated sharply during the second quarter of FY 2018 and jumped to 6.9% from 1.5% in the previous quarter, on account of a sharp increase in manufacturing and electricity, gas, water supply and utility services. Manufacturing registered an impressive growth at 7% in 2QFY18 as compared to 1.2% posted in the first quarter.

Services sector grew only marginally at 6.6% in the second quarter as compared to 7.8% in the previous quarter.

The strong emphasis on ease of doing business, where India has improved 42 ranks has now impact on the ground. Starting a business, paying taxes, trade facilitation and obtaining permits are being emphatically taken up. CII highlighted that with active participation of state governments, a facilitative investment climate is evolving. India has retained its position as the third largest startup base in the world with over 4,750 technology startups, with about 1,400 new start-ups being founded in 2016, according to a report by NASSCOM.

The World Bank said key risks to India are domestic in nature such as setbacks to reforms to resolve corporate and financial sector balance sheet deterioration and debt write-offs for farmers. “Corporate debt overhangs and high levels of non-performing loans have been long-standing concerns in some countries (e.g. Bangladesh, India). Setbacks in efforts to resolve these domestic bottlenecks would continue to weigh on investment, and more broadly on medium-term growth prospects in the region,” it added.  The World Bank said strong private consumption and services are expected to continue to support economic activity.

Inflationary pressures also remain a concern. Though food prices are likely to be contained on account of favourable monsoons, caution must be exercised as upside risks still remain in the form of implementation of farm loan waiver and 7th Pay Commission hand-outs.

The economy benefitted from increased foreign inflows during the latter half of 2017. While this is good news, efforts to contain further appreciation of the rupee should be in place as further strengthening may affect exports and job creation.

Other challenges for the economy include addressing infrastructural bottlenecks in the agricultural sector, investment in human resources to leverage the demographic dividend, increasing expenditure on education and healthcare sectors, and social security provision for the unorganized sector.

Inspite of facing so many challenges the economic visage is not so bleak as they say every cloud has a silver lining so is the view point of the experts regarding future of Indian economy.

With on-going reforms that are beginning to positively impact the economy, CII is optimistic about Indian growth prospects in 2018. At the same time, policymakers need to be watchful and address the current macroeconomic challenges for a sustainable and fruitful recovery.

“In all likelihood, India is going to register higher growth rate than other major emerging market economies in the next decade. So, I wouldn’t focus on the short-term numbers. I would look at the big picture for India and big picture is telling us that it has enormous potential,” Ayhan Kose, director, development prospects group, World Bank, told PTI in an interview.

India is expected to be the third largest consumer economy as its consumption may triple to US$ 4 trillion by 2025, owing to shift in consumer behaviour and expenditure pattern, according to a Boston Consulting Group (BCG) report; and is estimated to surpass USA to become the second largest economy in terms of purchasing power parity (PPP) by the year 2040, according to a report by PricewaterhouseCoopers.