The Goods and Service Tax (GST) was brought into force in July 2017 with the objective of bringing uniformity in the taxes on goods and services replacing multiple indirect taxes viz.

Excise Duty, Service Tax, VAT which were levied at different stages of the supply chain. GST is anticipated to be a positive move towards building a more transparent tax structure offering greater ease of doing business in India.

The system of mapping a corresponding input credit against taxes already paid is expected to reduce the end price of the product/service to the consumer and facilitating greater availability of cash for business operations.

Uniformity in taxes will also simplify the movement of goods across states in India – a great boost for businesses targeting pan-India presence. GST aims to remove the cascading effect of indirect taxes by simplifying and unifying tax systems.

The system will align India with international standards of Taxation easing out sales in global markets alongside reducing the costs associated with collecting multiple taxes- thus increasing government’s revenue collections.

This move is expected to benefit the government not only with greater revenues but also increasing voluntary registrations for GST.

There has been a 50% increase in the number of indirect tax payers in India. The complexity of tax compliance has also boiled down to filing through a single platform.  The Ministry of Finance revealed that 1 crore tax payers have been registered under total revenue collections under GST as of January 2018. 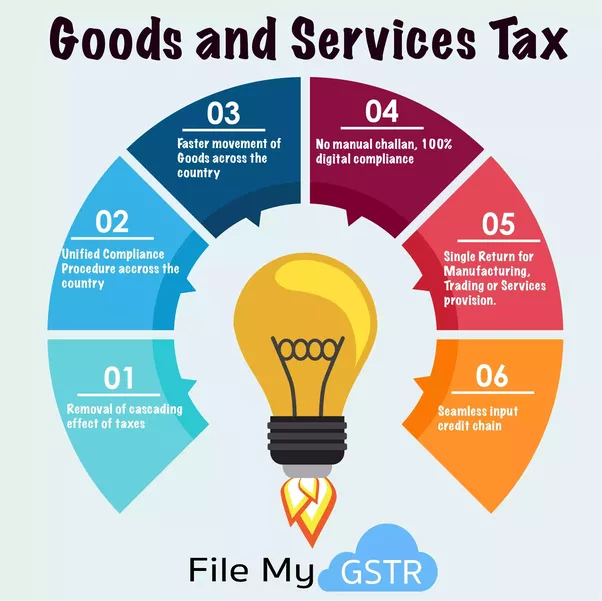 Just as any a new system temporarily disrupts the existing equilibrium; the enforcement of GST has had its own impact on businesses due to lack of awareness of the rules, provisions and processes.

The introduction of GST during the course of the financial year created confusion in moving to the new system.

It also increased the cost of compliance (accounting software etc.) with changing rates on different goods in the short run.

However, the GDP growth rate of 6.3% in the second quarter of the current financial year signals a recovery from the three-year low of 5.7% in the first quarter.